36 Hrs. on the Oregon Coast from Adam Barhan on Vimeo.

As the dreary forecast continued to improve Ashley and I decided to head down to Newport Oregon to try Rogue Brutal IPA from the source.  We headed out of Everett, WA around 8 and blasted down I-5 to Longview, WA. 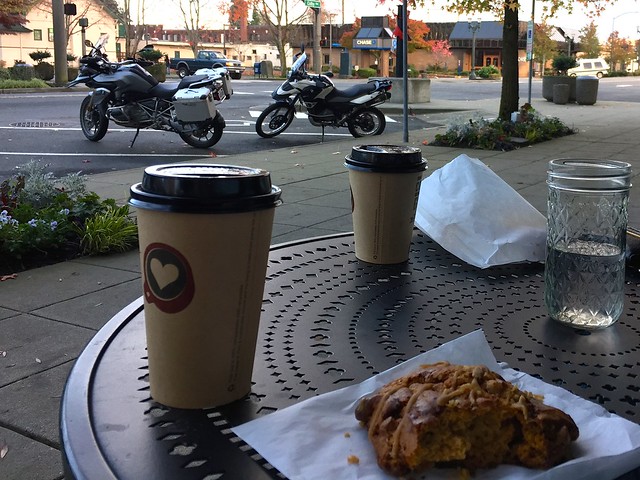 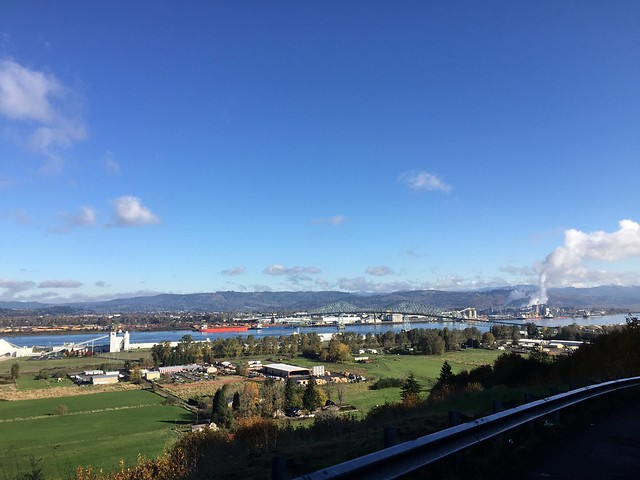 After escaping the windy slab (I-5) we traveled through Longview, WA, crossed the Columbia River and scooted down Apiary Rd. which was surprisingly well traveled. Be cautious of logging trucks crossing lanes, but enjoy the twists and turns on this damp scenic drive. Hungry and ready for some sun we then took Hwy 6 SW through the Tillamook State Forest, which was a scenic 2 lane highway leading into the farmlands of Tillamook.

Lunch at Tillamook Cheese factory, was not quite what we expected.  Tillamook is the Disneyland of cheese places apparently…I guess we were expecting something less commercial and more crafty.  Oh well, scratch that one off the list! If you do stumble into the factory, do not order the mac’n cheese, YUK! It was very reminiscent of elementary school cafeteria tasteless goop, oh well. 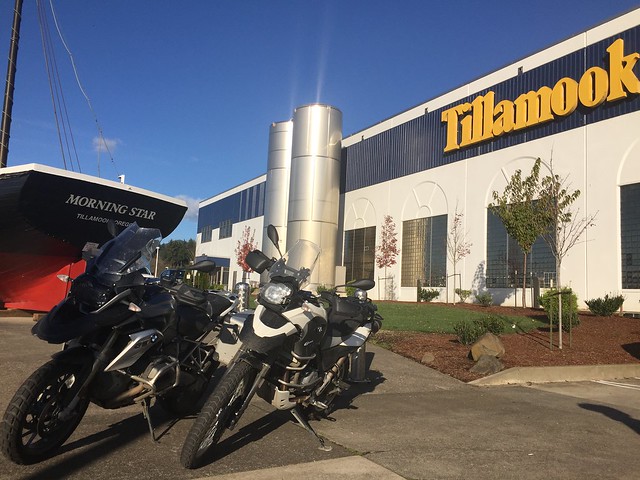 We had a beer after lunch at Pelican brewing in Tillamook before we headed out to the cape.  We later found the Pacific City location, and in retrospect would recommend skipping the Tillamook taproom and enjoying a brew on the beach in Pacific City. 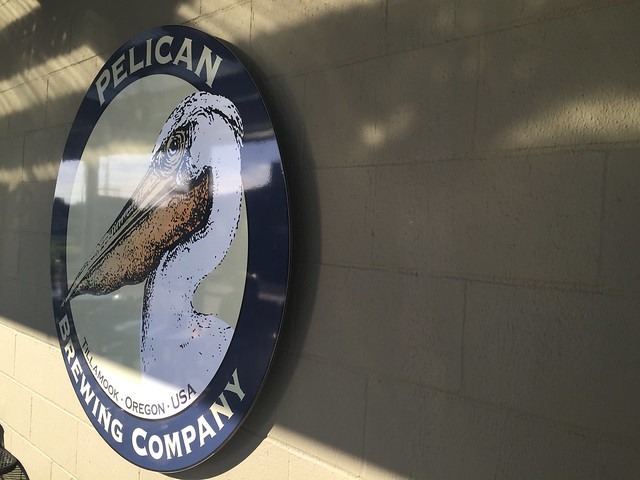 Cape Meares beach; a very cool small town out on the cape with gorgeous sandy shores.  We intended to do the 3 cape tour but the road from Meares south was closed at the time.  We did find a Tsunami emergency route that looked quite fun, and as expected Ashley tried her best to convince me we could bypass the gate. Ultimately we refrained since the lock and key usually indicates a potential trespassing charge. 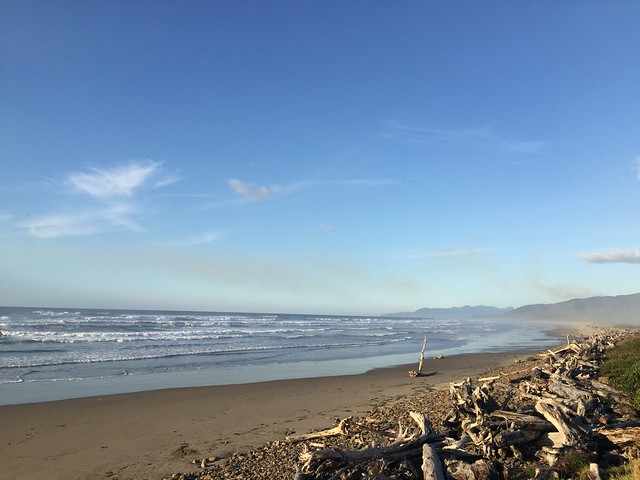 Cape Lookout; you can see the gorgeous spit that went on for miles, just beautiful! 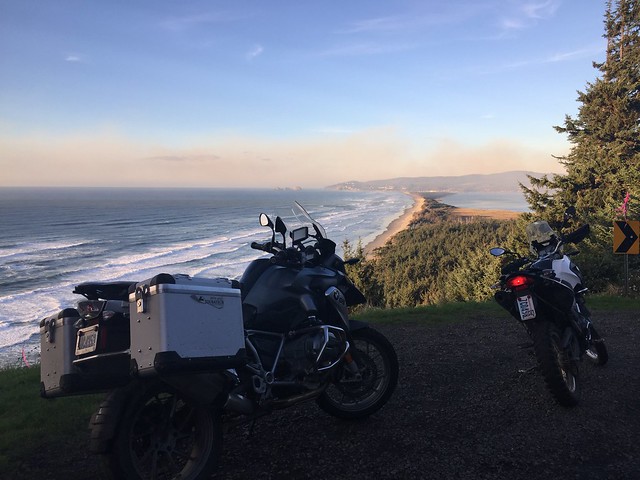 Another small beach town, Neskowin. Looked like a great place to stay on another trip!

We continued south on 101 arrived in Newport around 6pm, and checked into the hotel at Nye Beach. We decided to head to Rogue for dinner and drinks, hoping to meet some locals and swap stories. Rogue definitely surpassed our expectations, with a very eclectic little bar reminding you how small a large craft brewery can feel. 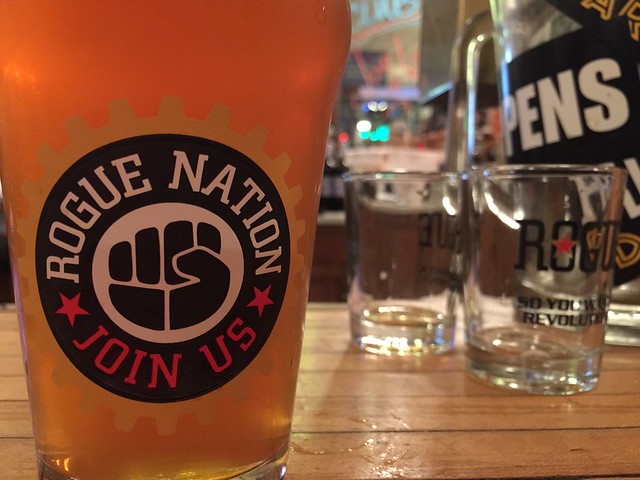 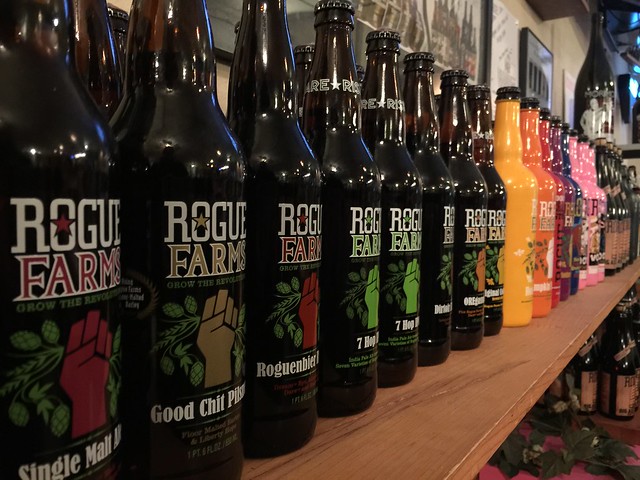 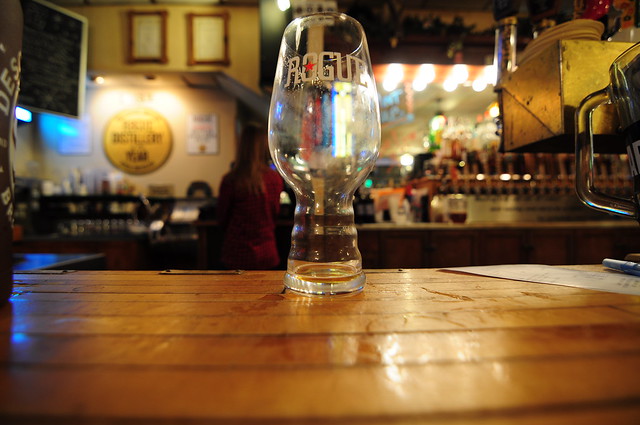 The view of Nye Beach from the hotel.  The shore looks close but 5,300 stairs later your feet finally hit the sand, it was a gorgeous morning and we enjoyed coffee listening to the waves. We would definitely recommend staying near this beach, not too crowded (especially in November) with lots of room for activities.

Along Newport Bay it’s impossible to miss the loud bark of Sea Lions soaking up the sun on the rocks. They are relentless in their cries, whether they cry for food or just for fun no one knows but you definitely can’t miss it! 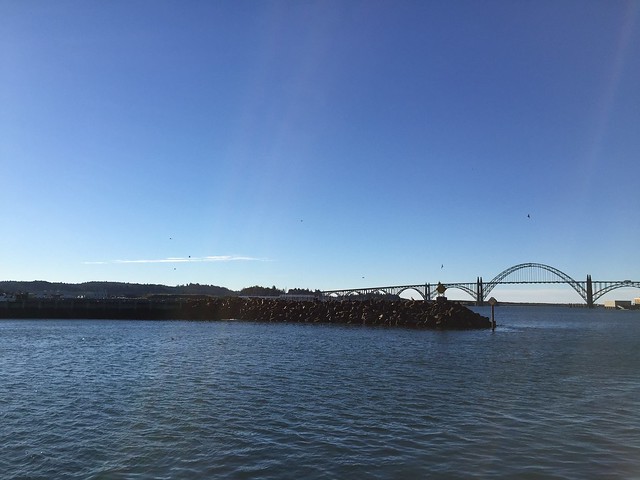 Refueled with a quick breakfast at The Cofee House along the bay. Fresh pour over coffee and omelets before the quest back north. 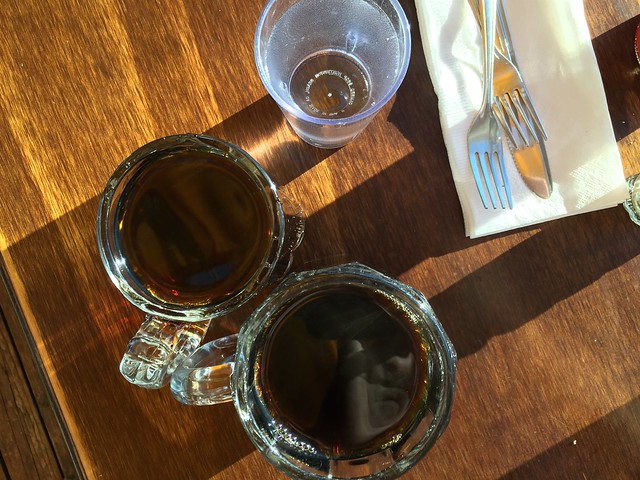 As one of the winter weather systems was moving in, coastal winds picked up speed making a beautiful sight from this lookout. Ashley almost got blown off of her bike departing the parking lot here, but amidst the harsh winds we proceeded north on 101. 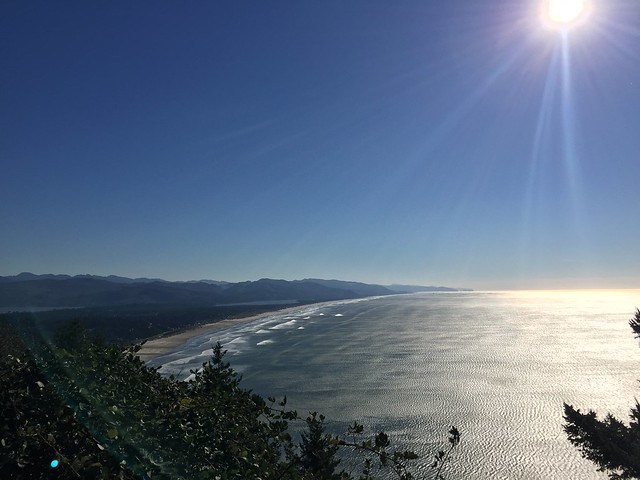 After a few hours of battling the gale force winds we arrived in Astoria, making a quick stop at Fort George Brewery for lunch and a chance to warm up before blasting home. 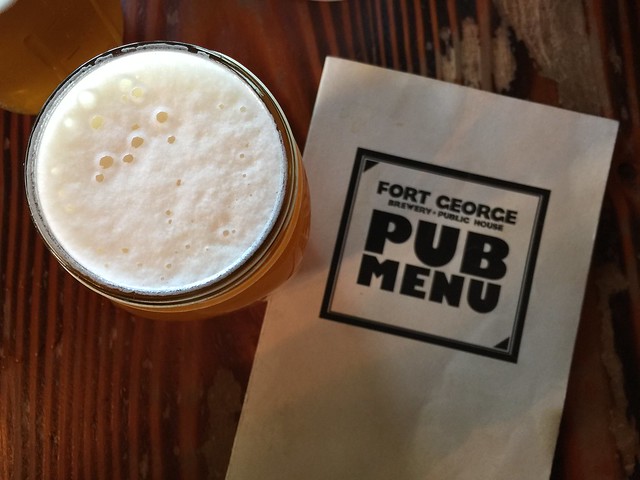 After crossing the bridge in Astoria we continued north on 101 to South Bend and onto Olympia where we jumped on I-5 for the last leg home. All in all, we had a great trip but faced some challenges on the way back towards Seattle. As we mentioned above, the winds were a bit daunting…and by a bit daunting we mean 70mph gusts along with near freezing temperatures. After this trip, we both agreed some Gerbing heated gear moves up on our priority list if we want to continue riding during these cooler months. We will definitely be visiting the OR coast again soon, it was more beautiful than we even imagined! Lots of exploring left to do there, and hopefully some dirt tracks next trip. Until next time, ride on bitches!