When some plans fell though on another trip the gang and I settled on plans to head north and see as much as we could in 9-10 days, and boy did we.  We headed out from western Washington mid-day on a Friday, blasted the interstate to the US-Canada border after a quick lunch stop in Bellingham for cash and Port of Subs.  Soon after crossing the boarder the weather turned to stifling as we sweated our way through the city core of Vancouver before heading up the Sea to Sky Highway to Whistler.  After the fast S turns of the Sea to Sky we stopped for a quick water break in Whistler before setting out sights on Lillooet for the next fuel stop.  Since this was all familiar territory we wanted to make it as far north as possible to keep the future days more manageable.  END_OF_DOCUMENT_TOKEN_TO_BE_REPLACED 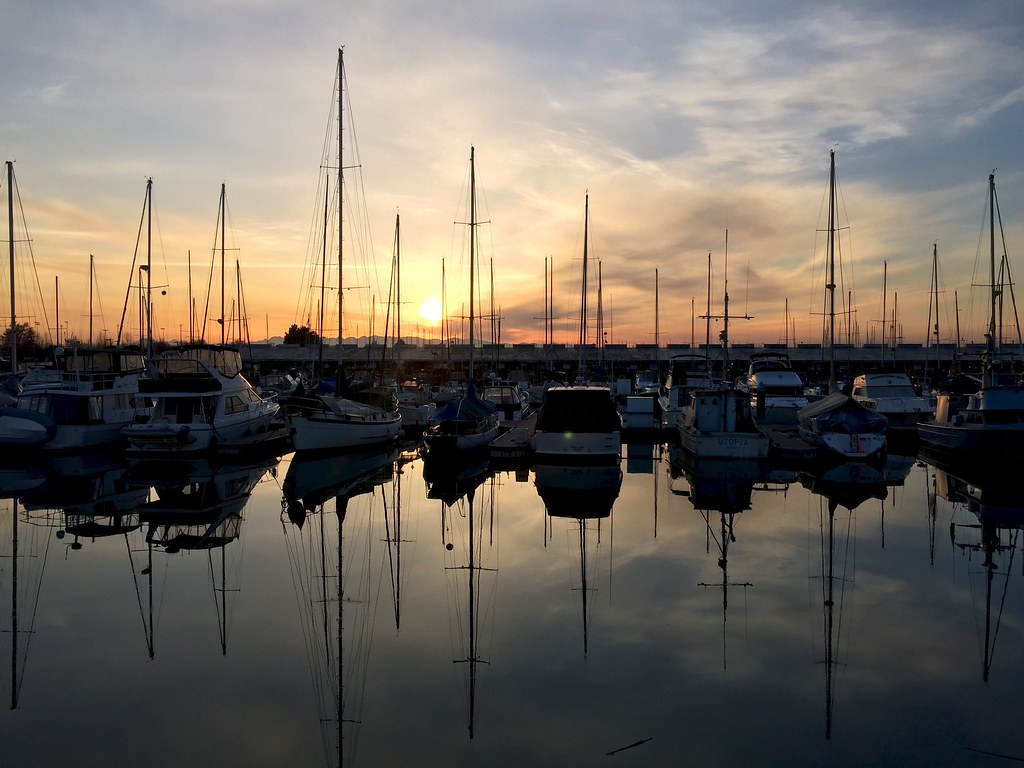 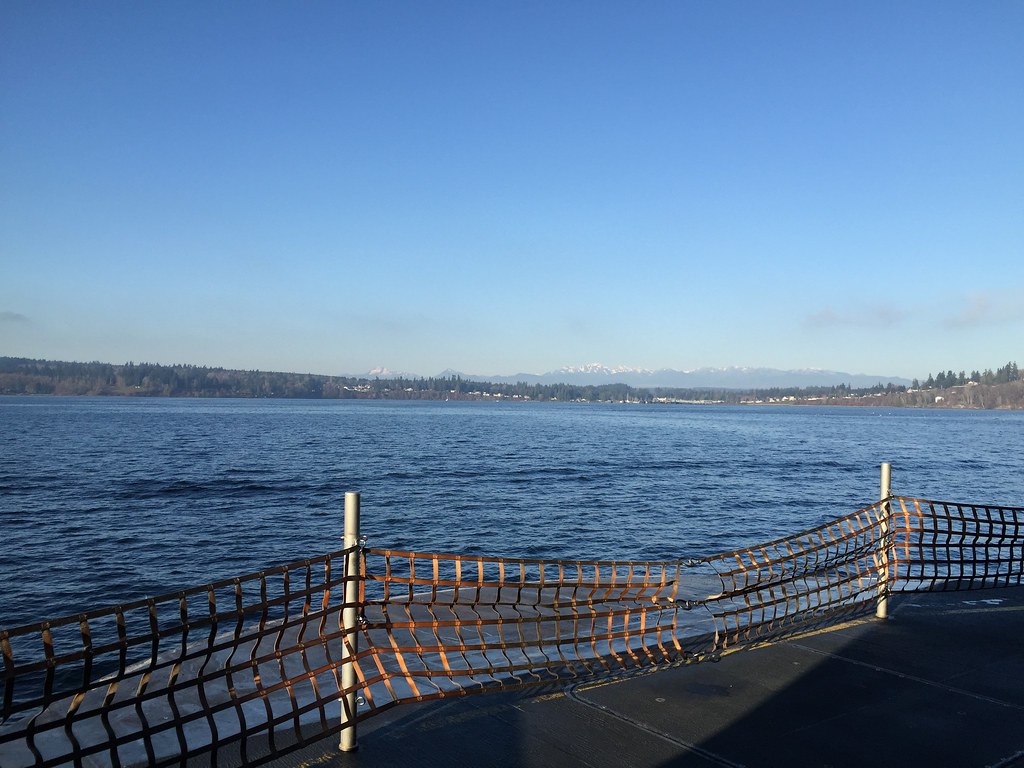 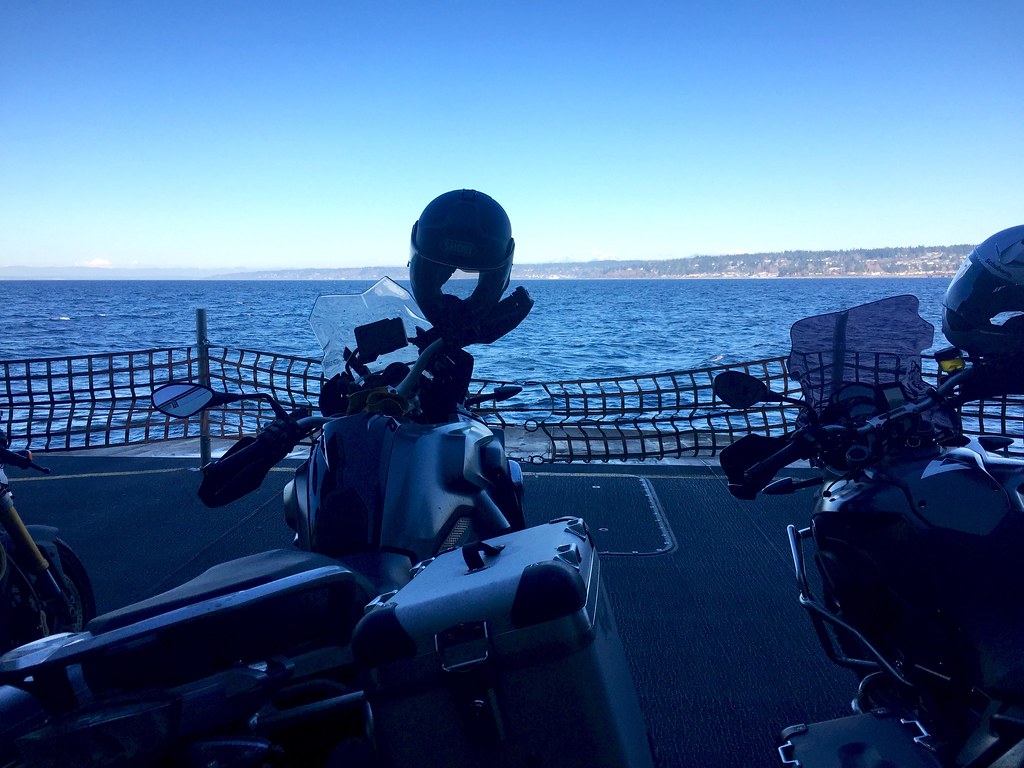 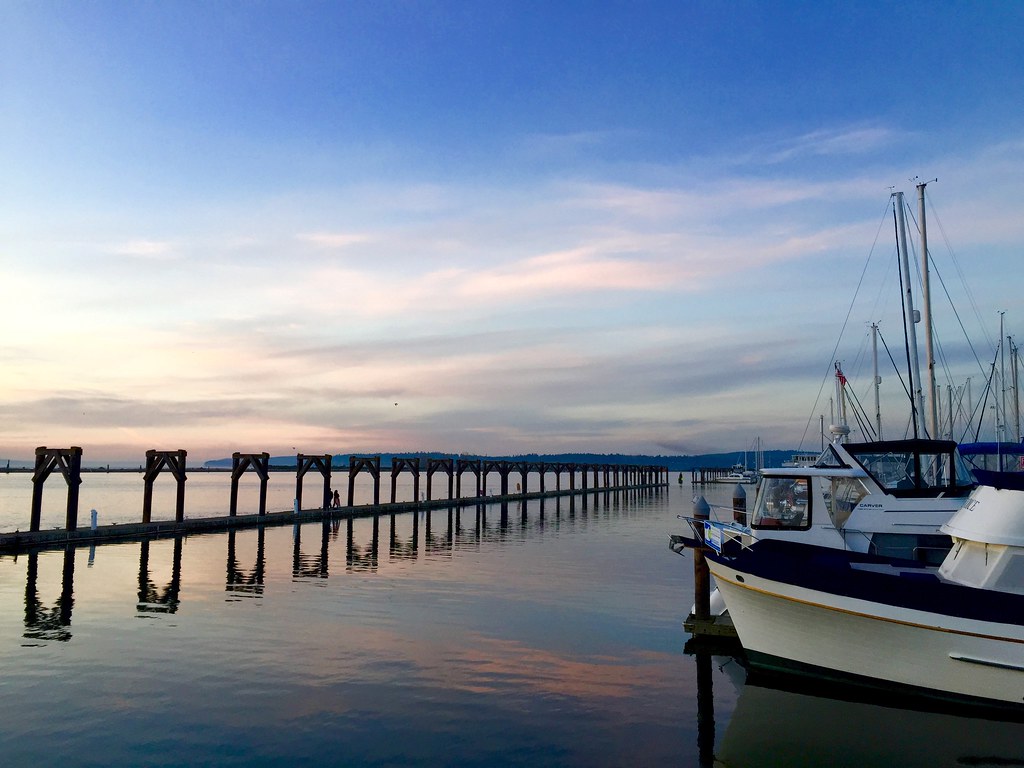 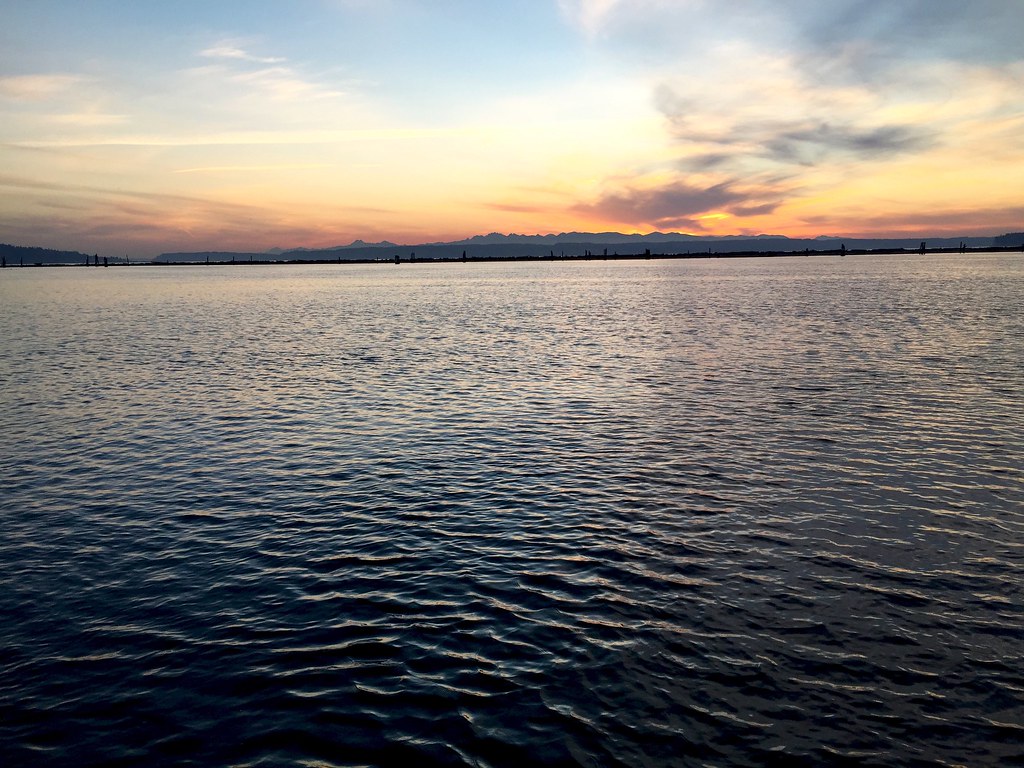 A sunny day in February is hard to come by so we decided to do a little dirt riding.  We departed out of the Issaquah Egg and Us and headed east on I90 to Ellensburg to catch section 2 of the Washington Backcountry route.  This section holds the nasty rocky section know as Bethel Ridge, what better combination is there than nasty, rocky, hilly, baby head size rocks and huge adventure machines.  There isn’t one.  We gassed up and headed towards the hills to tame the beast.  We were one short of the adventure foursome this weekend due to some domestic duties (family wedding) that Tamara was tending to, she was missed but she probably didn’t miss Ol’ girl Bethel.

All seemed easy breeze for a while, easy rolling hills and great views.  After a while of standing and not paying attention to the GPS I noticed we missed a turn and were not on the right road, rookie.  We took the opportunity to take a break and get down on some steak strips, dried mangos and valdosta pecans before doing some recalculating.  We found a connector road that met up with the trail and pressed on, only to find out its freaking elk migration season and a large locked gate.  Whomp Whomp.  This gave us the opportunity to head back and ride what we missed on the little “adventure cut”. 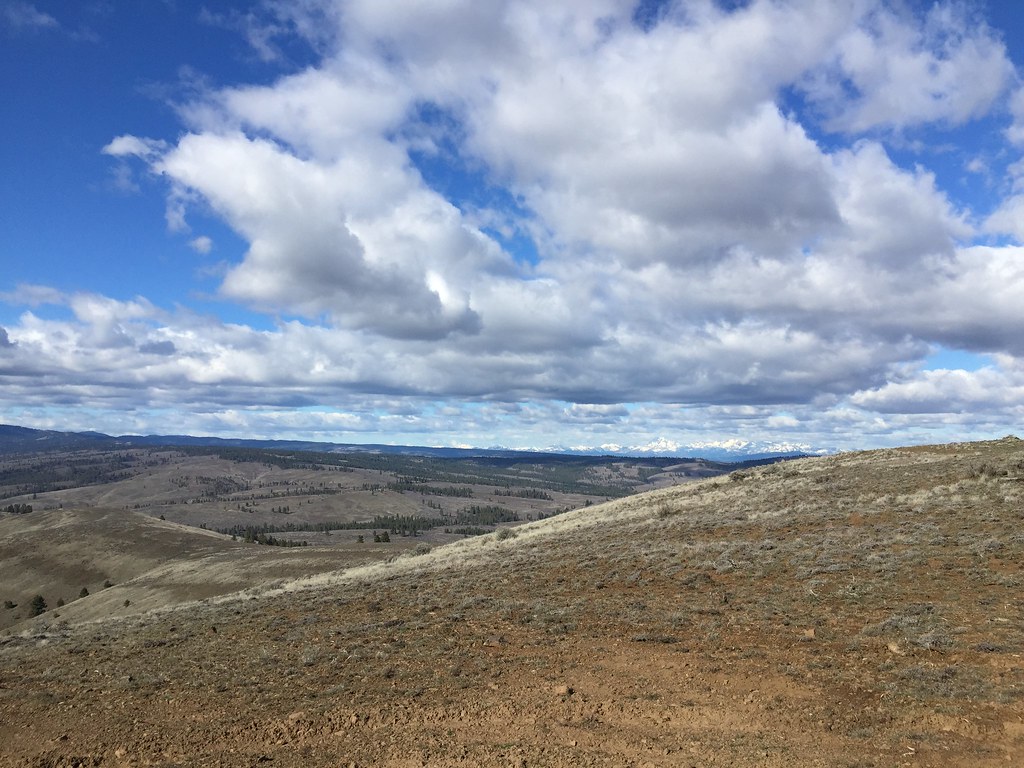 Soon after turning back we found what we were looking for on Ol’ lady Bethel, the riding changed drastically from rolling hills to ruts and rocks galore.  There were some spills and some big bikes taking small “naps” but we made it out and back to the highway without too much damage, bumps or bruises. 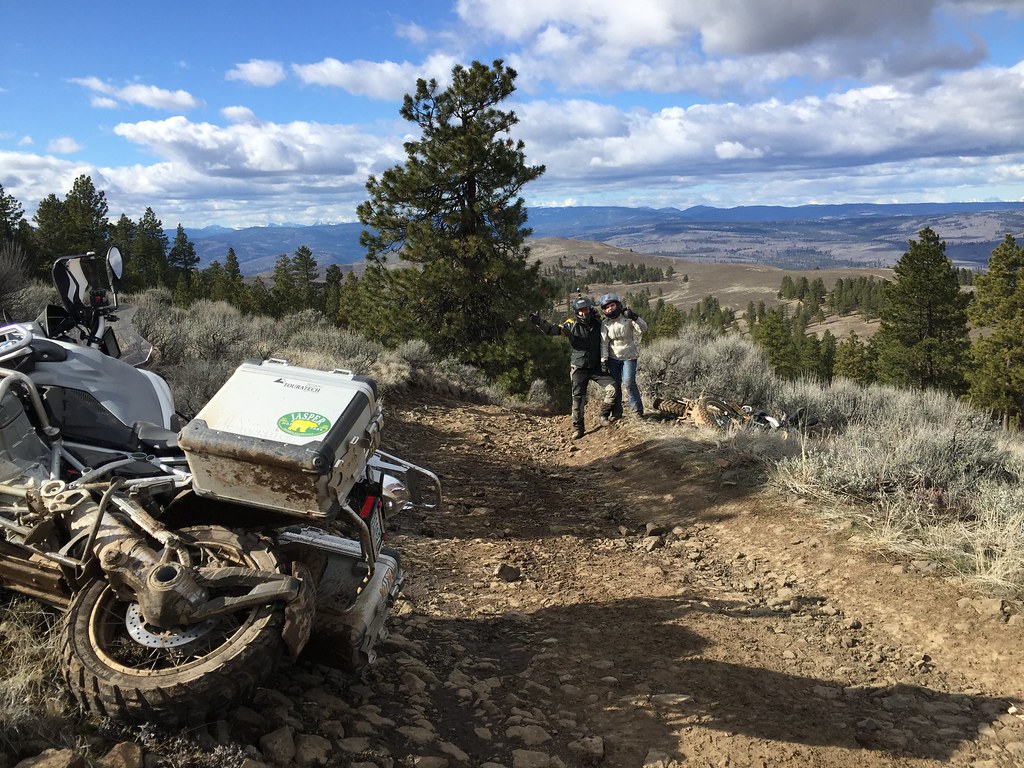 We decided to catch section 3 from Ellensburg to Cashmere to avoid pavement to Leavenworth.  All was good till we ran into reality of winter in February in the Pacific Northwest, snow blocking the road and 31°.  After frantically donning the heated gear we blasted over Blewett Pass north to find some beer and brats in little Bavaria.

Now for what turned out to be the roughest/stupidest part of the day, tempting fate on two wheels crossing a mountain pass at night in the winter.  45mi of clenching later the temp was rising and we were in the home stretch, a warm shower felt pretty good.  376mi, 14hrs, a few doritos locos, quesoritos, 3 brats and a ton of mud later it was a good pretty good day or riding. 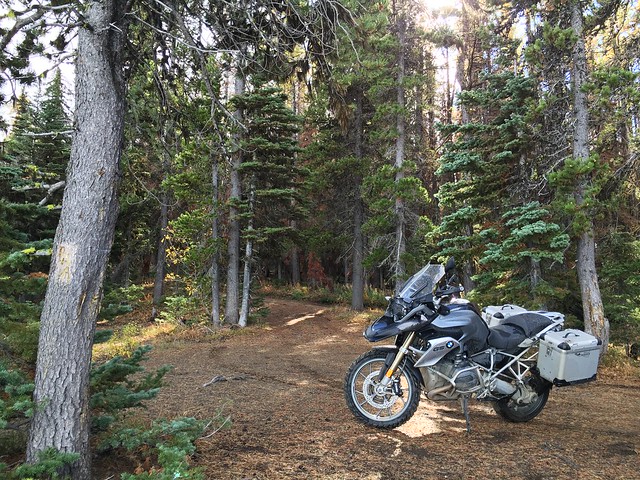 Paved roads head north from Ellensburg toward Table Mountain and Lion Rock Lookout in Wenatchee National Forest. High elevation and twisty dirt roads with views of the Central Cascade Mountains make this a very enjoyable section. From Lion Rock to Beehive Reservoir the route is stunning, rugged and remote. The path at 6,000 feet along Table Mountain provides views to the west.  From there the road traverses a ridgeline with spectacular views of Devil’s Gulch and the Columbia River to the North. The route passes nearby Beehive Reservoir before descending the Mission Creek Valley to the town of Cashmere.  Tracks and more information can be found at the Washington Backcountry Discovery Route website at http://www.wabdr.com 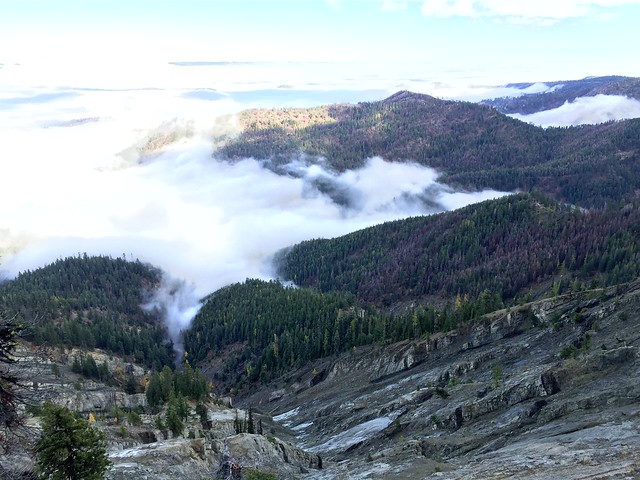 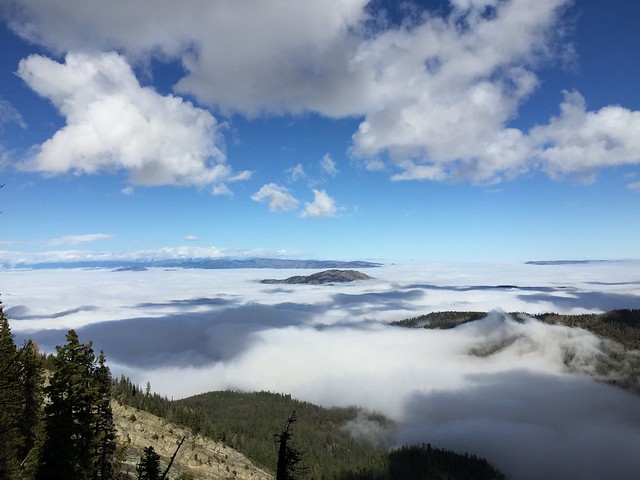 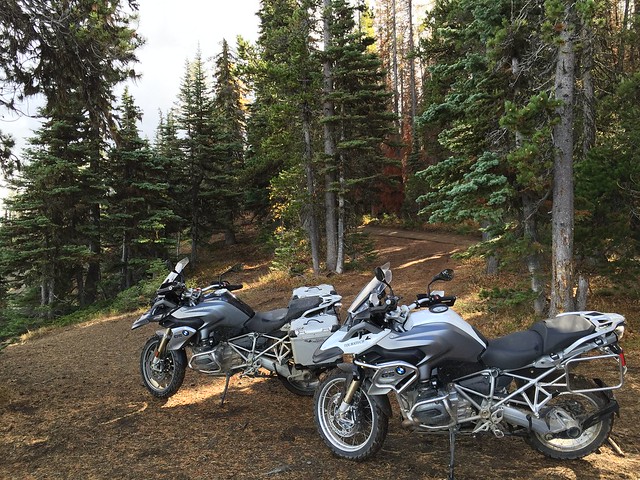 A ride north up the west side of Harrison Lake.  Trip was planned to head to the Gang Ranch but was cut short by a sidewall blowout.  Bikes in the video are 2 2014 R120GS, 2013 G650GS and a 2013 F700G.  We left out of Seattle Saturday morning, hit the hot springs and camped then proceeded to Pemberton.  Had to tow one of the bikes back to Vancouver to pick up a new tire, then proceeded home Tuesday afternoon.  Most of the video was shot on a Sony helmet cam, GoPro or an iPhone.  All photos taken on an iPhone 6plus.

Gassing up Big Boi before the 400mi trip around the loop. Breakfast at Sultan Bakery was great, too much food but good. After stuffing ourselves and gassing up we pressed though the fog over Stevens Pass and over to Leavenworth where it was apparently Oktoberfest.

Big Boi and his groupies that flock.

Eating up some miles to Chelan, WA.

Chelan for a quick lunch and then on to Winthrop.

Ashley seems to be freezing, it did drop to high 30s near the top.

Nearing freezing temps toward the top. Could be the last ride out there this year.